Retail Technology: Those who dares, wins. 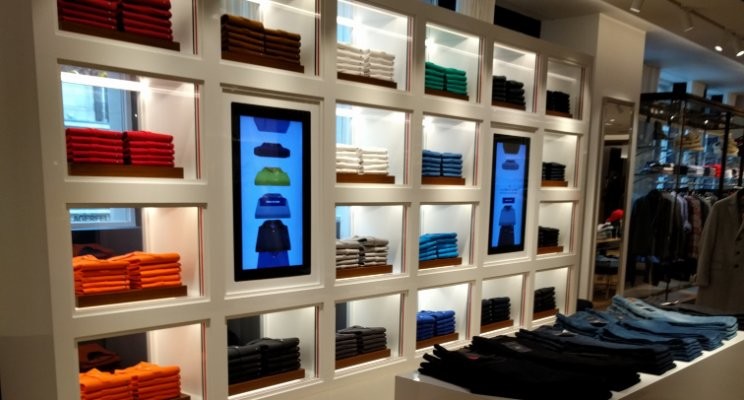 Embarking on the second decade of the 21st-century marks yet another opportunity for us to reflect on technologies in the retail industry - those which have been game-changing and also those that have been less impactful - and prophesise about what’s around the corner for the retail industry, specifically during these challenging times. Reflecting on industrial revolutions of days gone by, history shows that taking a leap of faith with new innovations has propelled industries forwards, into new markets and changing the face of industry forever.

Most of us read interesting books from time to time, my most recent being Machine, Platform and Crowd (MaCaffee & Brynjolfsson, 2017) which announced the second coming of the second age - the second machine age.

The first machine age was the much-maligned which at the time was pre the industrial revolution 'where the artisan was driven from his workshop, to make room for a speedier, inanimate one', according to Thomas Carlyle in 1829.

MaCaffee, et. al. captured a spirit that encapsulates a multitude of conversations I am having in retail at the moment. Bricks-and-Mortar Retail currently exists at a tipping point wanting the bright lights promised by a technology future instead held back after being burnt by experiences from the very recent past where they have been wounded.

The challenge is that retails technology attempts have left the sector licking very real wounds. Solutions have been deployed like a wave of messiah moments. 'We are saved by VR', 'The iPad has arrived, our future is secure'. All utter tosh of course. What should the Board now believe to move forward?

Retails tipping point is a challenge and it will take some guts to embrace a way forward. The good news is that the future, available now, is to connect silo solutions with one connected platform, the Stripe for retail. Foot counters talk data with fitting rooms and digital signage, payment talks to loyalty, loyalty talks to clienteling.

Platforms, such as those available from Scoop enable the connection of peripherals to deliver the type of real-time dashboard for the store that we have enjoyed for some time online. Data on garments can demonstrate how many times an item has been tried on, how long the trying on took, how many items were bought, who bought them, how many visits to buy. A wealth of real-time data is available now to allow in-store control of the business for the first time.

The tools for the future are available now. Embrace or go juggle your pre-industrial bobbin?

← Curiosity is at the heart of the Retail Experience↑ NewsSwarm Gets Virtual - Weekly Picks, 15th June →